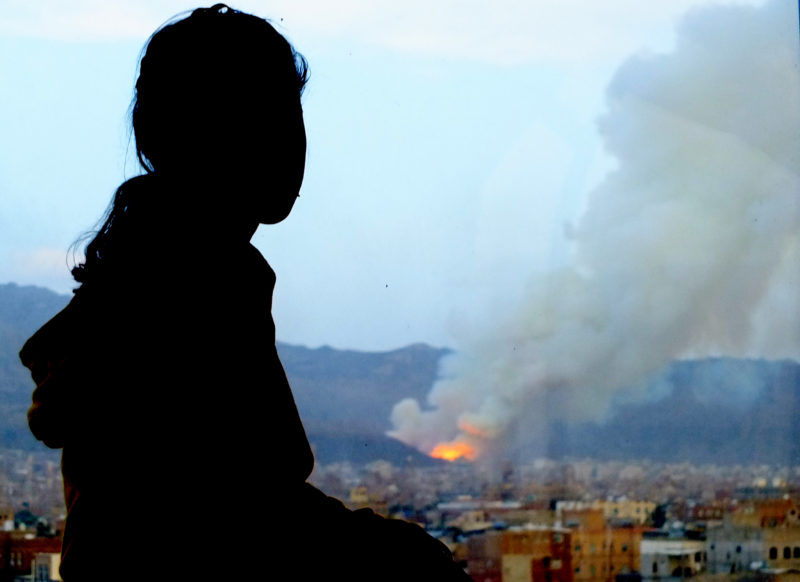 Fear of the virus does not stop cycle of violence and impunity, leading to unspeakable civilian suffering,

the Libya Platform and CIHRS

Personal safety has become illusory for civilians in Libya, owing to a sharp escalation in the assault on Tripoli and the widespread human rights and humanitarian law violations associated with it. Aside from the daily threat of drone and airstrikes, and artillery shelling, local populations live in fear of extrajudicial execution and enforced disappearance. Libya reported two hundred and sixty-six confirmed cases and five deaths due to COVID-19 as of 8 June. Testing capacities remain limited, with an incapacitated public health system and limited humanitarian access.

The continued and increased involvement of foreign parties in the conflict, in violation of UN Security Council resolutions, has stalled the international diplomatic process, by reportedly supporting this escalation and the consequent rise in civilian casualties. Not only that, foreign interference has helped anchor the presence of powerful armed groups, including extremist groups, who continue to arbitrarily detain, torture, and murder civilians, including within the context of acts of retribution and mass killing. The heightened involvement of foreign actors in the armed conflict in Libya, most recently Turkey, raises fears of Libya becoming even more the site for proxy conflicts between regional powers, with countries like Russia, the United Arab Emirates (UAE) and Egypt also implicated.

With warring parties and their foreign backers committed to escalating the fighting, the war is unlikely  to result in a definite victory for either side, and will instead lead to an endless, protracted and grinding conflict for Libya’s long suffering civilians. To end this destructive cycle, exacerbated by the COVID-19 pandemic, and move the peace process forward, belligerents and their foreign backers must be held accountable for their actions.

The international community has the opportunity to change course and take meaningful steps to protect the remaining prospects for peace in Libya and alleviate civilian suffering. We urge States and international institutions to:

How accountability can improve prospects for peace

In March 2015, the UN Security Council reaffirmed the scope of sanctions to be applied in Libya. The following year, the European Union (EU) applied sanctions against three officials from the House of Representative (HoR) and the General National Congress (GNC) who were viewed as obstructing the implementation of the Libyan Political Agreement. These measures have arguably allowed municipalities and local actors in the West to work together to conclude ceasefire agreements and the exchange of detainees. Shortly after the EU applied sanctions, one of the most influential armed factions within the General National Congress (GNC)’s Libyan Dawn Operation defected from the operation and declared their support of a ceasefire and UN-mediated peace talks.

In 2016, the UN fact-finding mission’s report, investigating violations and abuses of international human rights law committed in Libya since 2014, highlighted the culpability of Awliya al-Dam, a faction fighting with the LNA, in forced displacement in Benghazi, retribution against civilians, and extrajudicial killings. Immediately following the report, Field Marshal Khalifa Haftar issued an order to disband this group.

Despite these two examples illustrating the deterrence potential of international sanctions and accountability measures, sanctions were not implemented, and the UN Human Rights Council (HRC) has since failed to re-establish an international independent investigation mechanism.  Not only has this approach failed to provide a deterrent to the incessant violence in Libya, but it has also left Libyan citizens (who have struggled for national level accountability) without protection or international support.

The reality on the ground in the last five years has shown that the cycle of violence in Libya has been continuously fed by pervasive impunity and the lack of an effective vision to rebuild the country’s security institutions. Unless this is adequately addressed, talks of a peace process and fighting violent extremism – in a country where the rule of law is nonexistent – will remain void of meaning.

A non-exhaustive account of human rights and humanitarian law violations from January until May 2020 is given below.

In 2020, warring parties in Libya have dramatically escalated fighting, leading to a 45% increase in civilian casualties and a 113% increase in civilian deaths. Between 1 and 28 May, at least 50 civilians were reported killed and 70 injured. Repeated indiscriminate attacks and targeting of civilians in populated areas, in large part originating from the Libyan National Army (LNA) and affiliated forces, has become normalised. Vulnerable groups such as migrants, refugees, and over 200,000 internally displaced people (IDPs) around Tripoli alone, as well as Libyan women, are especially at risk.

Libya has also witnessed systematic attacks on already overstretched medical personnel and facilities. From January to April 2020, the World Health Organisation (WHO) monitored at least 15 attacks on health resources. Al-Khadra Hospital, treating COVID-19 patients, was attacked three consecutive times during the first week of April, as part of the LNA’s attempt to take control of Tripoli. Hate speech and dehumanizing language is also on the rise, and incidents of retributive violence from governmental forces have been reported in Tarhuna, Sabratha and Surman, threatening Libya’s social fabric.

Foreign intervention and embargo violations have continued unabated, even increasing in 2020. Up to 1,200 Russian agents and less than 2,000 Syrian mercenaries have been deployed by the Russian Wagner group in support of the LNA, while over 2,000 Syrian mercenaries, including children, have been recruited by Turkey. In addition, electricity and water supply cuts, and a blockade of oil ports, in areas under the control of the LNA, have further worsened living conditions, and have amounted to collective punishment against civilians in these areas.

Civilians continued to be the main victims of grave humanitarian law violations, notably due to the indiscriminate bombing and shelling of densely populated areas, attributed to the LNA. A high number of students and school children were killed or injured, and vital infrastructure such as hospitals and airports was repeatedly hit. A number of these violations are listed below:

On April 28, 2020, the GNA also targeted a shipment carrying beekeeping material on the road linking the town of Nesma town the municipality of Al-Shweref, killing four people and injuring two others. In addition, incidents of retributive violence from governmental forces have been reported in Tarhuna, Sabratha and Surman.

Human rights defenders, like journalists, members of civil society organisations, bloggers, activists and members of the judiciary, regularly face smear campaigns, raids on their homes and workplaces, arbitrary arrests, enforced disappearances, and interrogations and harassment at security checkpoints, in addition to threats of military prosecution under the Law on Combating Terrorism (2014). The intensification of the conflict since April 2019 has further increased threats to their fundamental freedoms and physical integrity.

Migrants, refugees, internally displaced people (IDPs), and detainees (including unaccompanied children) are especially at risk from COVID-19 and from the conflict.

Living conditions in Libya’s prisons are already sub-standard, with more than 8,000 Libyans and non-Libyans held on flimsy legal grounds. They face torture and other ill-treatment, overcrowding, poor sanitation, and lack of access to medical care. In addition to torture, abuse, slavery and sexual violence, the dreadful conditions in which over 3,000 refugees and migrants are detained, in overcrowded locations with little access to water and sanitation, is also extremely alarming. With dozens of people sharing a cell, these centres already represent fertile ground for disease in normal times. Conditions in informal camps for the internally displaced are similarly distressing.

This situation has led to an increase in departures from the country, despite the halting of Search and Rescue (SAR) operations. Only in May, around 1,000 people attempted the crossing, and more than 400 were intercepted and brought back to detention centres near the frontlines. Alarming reports have emerged of migrants detained on boats in unbearable conditions, of private vessels used to push back migrants, and of people knowingly left to die, starving or drowning.

In the western region, more than 3000 migrants and asylum-seekers are on the frontlines of the conflict, inside and outside detention centres. During the pandemic, the number ofdetainees has been reduced through forced evacuations due to fighting and shortages of food and vital necessities. Women and children forced to leave detention centres have been left alone, lacking essential supplies and vulnerable to both the pandemic and to indiscriminate shelling. The coronavirus is also fuelling hatred towards migrants within the local population.

Conditions in detention centres in eastern Libya around Tobruk and around the Egyptian-Libyan border are especially worrying. Several smuggling warehouses have been reported to operate there, in complete impunity, with migrants therein exploited, traded or forced to pay money in exchange for their release. The Awlad Ali tribe has been involved in large smuggling operations of irregular migrants from Egypt to Ajdabiya and Bani Walid. These illegal activities are carried out with the knowledge of the Tobruk Security Directorate. A group of Yemeni migrants are also being exploited by officials of a detention center affiliated with the Eastern Ministry of Interior in Shahat.

In the south, most detention centres are out of service, either directly controlled by paramilitary groups affiliated with the LNA and with human traffickers, or controlled by the Interior Ministry of the eastern-based Interim Government. Since the beginning of the pandemic, 135 migrants were expelled to Niger. Around 1,000 were recently expelled to Chad or Sudan due to the risk of COVID-19 contagion and food shortages in the centres. Some of the deportees were Somali citizens. There is no information regarding to which country these individuals, potential asylum-seekers, were deported, especially as Somali asylum-seekers are not in contact with the International Organisation for Migration (IOM) since voluntary returns were suspended due to COVID-19.

CHDRA and 41 Libyan organizations condemn the massacre of 30 migrants in Mizdah...