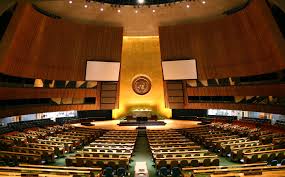 Joint NGO letter: The Human Rights Council should establish the mandate of an Independent Expert on Libya

At its 34th session in March, the Human Rights Council (HRC) will consider the human rights situation in Libya. Since the Council adopted resolution 31/27 in March 2016, mandating reporting by the High Commissioner to its 33rd and 34th session, the human rights crisis in the country remains ongoing.  The situation has not improved since the UN-backed Government of National Accord was put in place in December 2015; three rival authorities continue to compete for legitimacy, the humanitarian situation of residents has deteriorated, and the UN-brokered peace deal has yet to bear fruit. Forces participating in the armed conflicts since May 2014 continue to perpetrate grave violations in all parts of the country, including arbitrary detentions, torture, unlawful killings, indiscriminate attacks against civilians and civilian infrastructure, enforced disappearances, and forced displacement. We therefore call on the HRC at its 34th session to establish a mandate of an Independent Expert on Libya to monitor and report on the human rights situation and on the progress made towards accountability.

Civil society organizations and UN experts have recognized the need for an Independent Expert to provide consistent monitoring and public reporting on the situation in Libya. The Office of the High Commissioner for Human Rights’ investigative mission for Libya, mandated by the HRC, recommended in its report to the Council’s 31st session that it continue to “monitor developments in Libya and, to that end, to consider the establishment of a mandate of independent expert on Libya.”[1] The UN High Commissioner in his statements to both the 31st and 33rd session of the HRC also recommended that the Council establish a mandate of an Independent Expert.[2] Yet, at its sessions in 2016 the Council  failed to take meaningful action to address the critical situation in the country.

Since the outbreak of armed conflicts in May 2014, approximately 450.000 people remain internally displaced, and thousands of residents are affected by the warfare. Militias and forces who participate in the ongoing hostilities continue to commit serious violations such as unlawful killings and attacks against civilians and civilian infrastructure, while residents remain trapped in areas of fighting in Benghazi.

Hundreds of thousands of migrants, refugees and asylum seekers, on their way to Europe, transit through Libya where many face severe abuses including beatings, sexual assault, forced labor and extortion. Meanwhile, thousands of detainees languish in long-term arbitrary detention in prisons around the country. While in prison, detainees, including children under 18 years, are subject to widespread torture and other ill-treatment, poor detention conditions and lack of due process rights.

Militias and criminal gangs continue to kidnap and disappear hundreds of individuals including journalists, politicians and activists, for political reasons and also for ransom. The situation of 40.000 people from Tawergha, forcibly displaced by militias from Misrata who accuse them of committing serious crimes in 2011, remains unchanged.

Given this situation, an Independent Expert could fill the gap in public reporting on ongoing violations, with a view to accountability, and to provide concrete recommendations for improving the human rights situation in the country. Specifically, an Independent Expert should focus on some of the most significant violations, some of which amount to crimes against humanity, including long-term arbitrary detentions, violations of the laws of war, and forced displacement.

It is therefore imperative that the Council at its 34th session establish the Special Procedure mandate of an Independent Expert on Libya and we urge your delegation to strongly support the creation of such a mandate.

Please accept the assurances of our highest consideration,

Lawyers for Justice in Libya

Libya | Joint NGO letter to the UN Human Rights Council on the need for inv...

the impunity of perpetrators of grave human rights violations in Libya.
Scroll to top