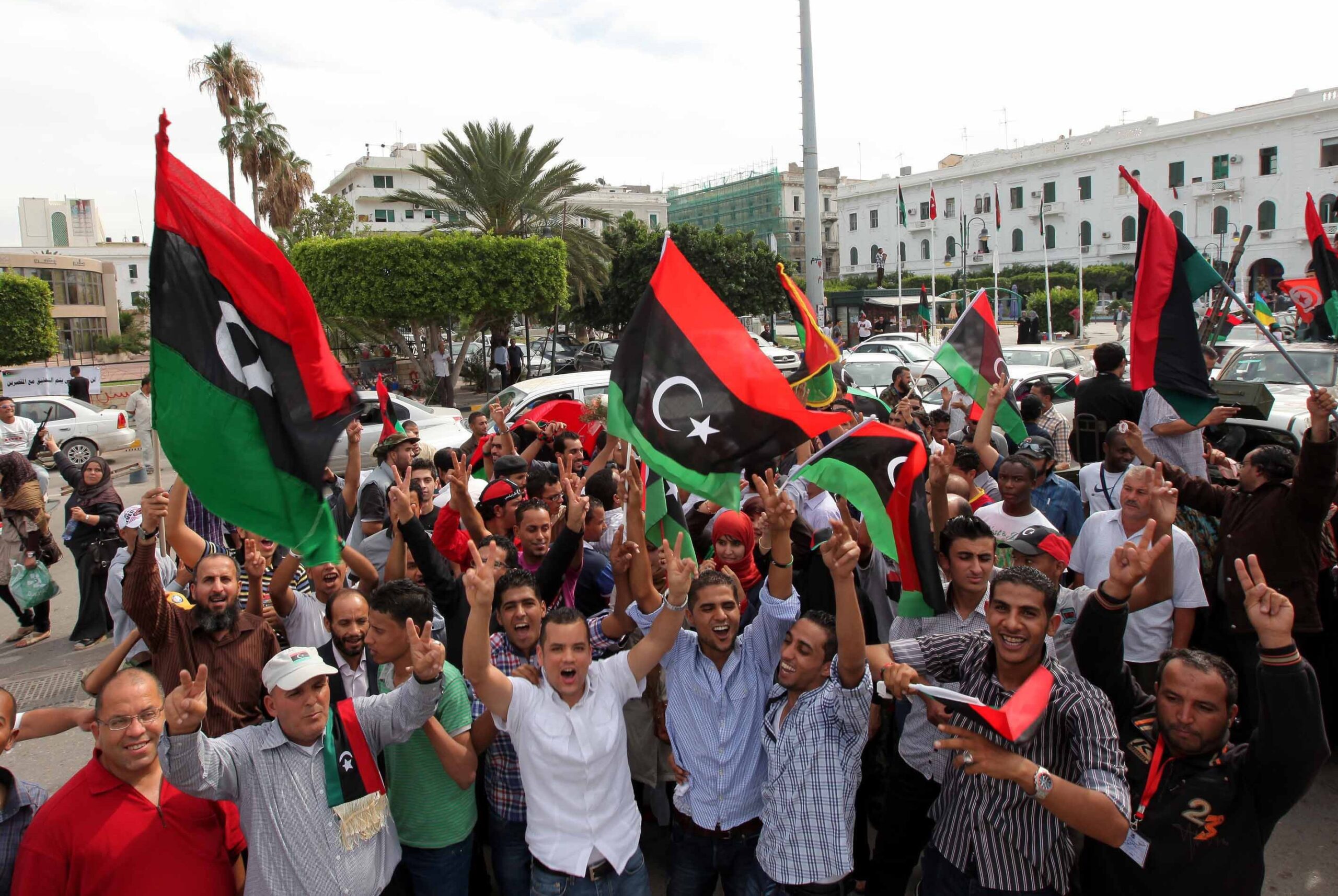 The Libyan human rights organizations signatory to this statement (In addition to 15 Libyan Human Rights groups are afraid of revealing their names for security reasons) express their deep concern about the systematic campaign launched by some security services in Libya against human rights defenders, which included, during the recent period, the arbitrary detention of at least seven activists, in addition to incitement and defamation against them on social media. The undersigned organizations condemn the security services’ grave violations of the procedural rules of the Libyan criminal law, by broadcasting videos of “confessions” of some detainees. This broadcasting is certainly beyond the role assigned to these security services. The undersigned organizations consider the detention of these activists to be arbitrary because it resulted from the detainees’ exercise of basic rights stipulated in the Universal Declaration of Human Rights and the International Covenant on Civil and Political Rights. This detention is among the cases considered by the Working Group on Arbitrary Detention as an arbitrary deprivation of liberty. Accordingly, the Libyan human rights organizations are calling for their immediate release and an end to the smear campaign against them.

Since last year, the undersigned organizations have been following the transformation of social media into an arena for targeting human rights defenders, especially women. Due to the lack of political will of any of the successive governments after the revolution to remove arbitrary legal restrictions that contradict international standards for freedom of civil work and activism, the civil society in Libya is suffering from legal obstacles that restrict its freedom of expression and gathering.

In an alarming escalation, the security services arrested a young activist last December, and posted a video of his “confession” on Facebook. In mid-February, the undersigned organizations documented that security services arrested three activists after they participated in a discussion of a human rights issues on the Clubhouse application. About a week after their arrest, one of them appeared to give his “confession” in a video posted on a security service’s Facebook and Twitter pages. On February 25, the same security service arrested a young activist working for an international organization concerned with refugee situations, while he was at Maitika Airport on his way to participate in a training. On March 8, the security apparatus displayed on its Facebook page a video clip of the arrested activist giving his “confessions” about his activities in civil society and his relations with several activists affiliated with local and international organizations. On March 9, a security agency arrested a sixth activist. On March 15, the agency broadcast a video clip of the “confessions” of the sixth detainee regarding his activities and his relations with some activists, including one of the detainees referred to above.

In the wake of this systematic campaign aimed at intimidating independent voices in Libyan civil society, The Tanweer Movement, a Libyan civil group, announced that it had suspended its activities permanently. While this group indicated in their last statements that Libya lacks a margin of freedom that allows discussion of cultural and intellectual issues, it demanded the authorities to stop prosecuting its members and to release those arrested. It is worth noting that it is not the first time that a Libyan civil organization has had to stop its activities for fear of the safety of its members. In December 2020, the Tanarout Group for Libyan Creativity announced the suspension of its cultural activities until further notice, after being subjected to a smear campaign by the General Authority for Endowments and Islamic Affairs.

The undersigned organizations affirm that at a time when Libya is facing the threat of renewed armed conflict, and in light of the exacerbation of grievances and the widespread phenomenon of impunity for committing human rights violations, there is an urgent need for a vital and effective role for civil society and human rights defenders, in order to support societal and political dialogue and national reconciliation efforts, as well as to provide the necessary support for holding transparent and fair general elections. This cannot be achieved if the authorities continue to deal with civil society as an adversary that must be subjugated and eliminated, instead of providing a legal environment that supports the prosperity of civil society, which ultimately leads to achieving the desired peace and stability in Libya.

Finally, the undersigned organizations denounce the failure of the various Libyan authorities to respond to their demands to release detainees, activate the law, and respect the article 14 of the interim constitutional declaration and the international agreements signed by Libya. These organizations reiterate the demand for the immediate release of these detainees, and to stop defaming them and pitting society against them and against human rights defenders in general.

Statement on International Day for the Elimination of Racial Discrimination