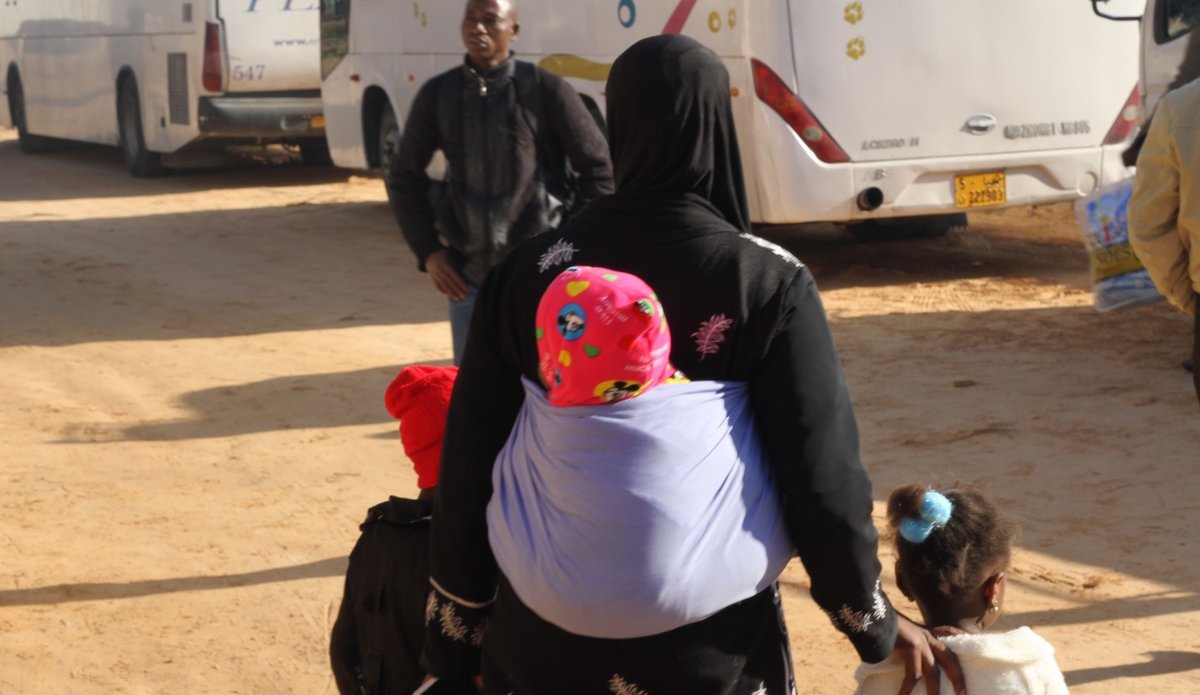 The undersigned human rights organizations deeply regret the lack of spaces for communication, including participation and expression of opinions, between Libyan civil society and human rights organizations and the African Commission on Human and Peoples’ Rights (ACPHR), especially with regard to the file of migrants and asylum seekers detained in Libya. The absence of space for consultation with the ACPHR is worrying in light of the seriousness of the violations perpetrated against migrants and refugees inside and outside Libyan detention centers.

On the 28th and 29th of October 2022, a coalition of Libyan NGOs, supported by the Association for Juridical Studies on Immigration (ASGI) and the Cairo Institute for Human Rights Studies (CIHRS), attended the 73rd Ordinary Session of the ACHPR in Banjul, The Gambia.  One of the main objectives of the mission was to urge the Commission to take a clear and effective position regarding the atrocities against migrants and refugees in Libya.

During the session, Libyan human rights organizations were not allowed to engage or participate in the discussion or present their concerns related to its subject matter, although being registered for intervention in the plenary session. In contrast, the Libyan government representative had the opportunity to comment and participate, during which he praised the role of the African Commission and its member states while avoiding an in-depth discussion about the plight of migrants and refugees in Libya. The committee was keen to manipulate the time, giving state delegations sufficient time and opportunity to comment and intervene more than once, while deliberately confiscating the time allowed for the comments of civil society representatives. The management of the session time did not reflect any genuine desire or will to achieve justice and fairness for migrants, refugees, and asylum seekers, and the interventions of civil society representatives were deliberately disregarded.

Despite the restrictions on civil society interaction with the Commission, the coalition of Libyan, regional, and international organizations submitted an updated summary of the violations against foreign nationals in Libya to the Commissioners during the session, with a request to finally and urgently address the issue.

The undersigned organizations call upon the ACHPR to reaffirm its role to “ensure the protection of human and peoples’ rights” as enshrined in the Banjul Charter, and to open an investigation into the grave human rights violations against refugees and migrants in Libyan detention centers. The undersigned further call on Libya to respect its human rights obligations, especially in regard to protecting migrants, refugees, and other persons among society’s most vulnerable.

The African Commission on Human and People’s Rights has already been called upon, in July 2019, when a joint request demanding an investigation into the human rights violations against refugees and migrants in the detention centers of  Tajoura, Zawiya, and Zintan was submitted by the Cairo Institute for Human Rights Studies (CIHRS) in cooperation with the Libya Platform Coalition and with the support of the Association for Juridical Studies on Immigration (ASGI) and the Italian Recreational and Cultural Association  (ARCI).  The request included cases of serious and repeated violations of the fundamental rights guaranteed by the African Charter on Human and Peoples’ Rights, including the right to physical integrity and freedom from torture, the prohibition of cruel, inhuman, and degrading treatment (Article 5), the right to personal freedom, and protection from arbitrary arrest (Article 6). and the right to a fair trial (Article 7). The organizations relied on the testimonies of migrants and refugees held in detention centers in Tajoura, Al-Nasr Al-Zawiya, and Zintan, who reported that they were tortured, detained in inhumane conditions, starved, deprived of sanitation services, and denied legal assistance. It should be noted that the three aforementioned detention centers belonged at that time to the Ministry of Interior, which is affiliated with the internationally recognized Government of National Accord based in Tripoli.

Since 2019, despite the change of government in March 2021, the human rights situation has continued to worsen and the Libyan government has improved neither the conditions of the detention centers nor the more general conditions facing foreign citizens in the country. Crimes against humanity are systematically committed against migrants on a widespread scale by State and non-State actors, with a high level of organization and with the encouragement of the State.

Ceiling of the main room of the International Conference Centre, Serrekunda, Gambia. The centre hosted the 73a session of the African Commission of Human and People’s right.

Press release : The Libyan authorities should release the Executive Director...
Scroll to top