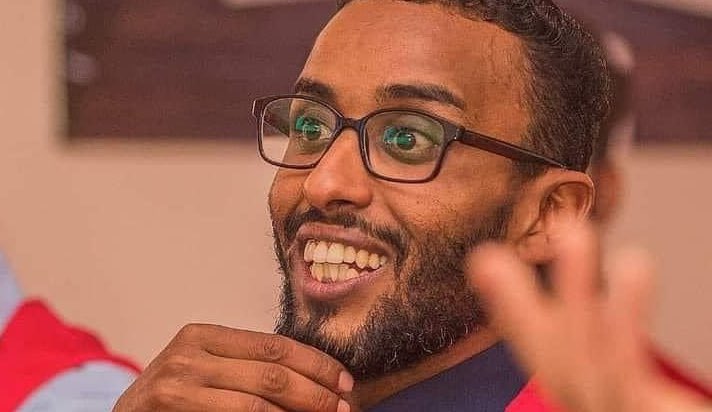 A joint letter to the Prime Minister of the Government of National Unity, Abdel Hamid Dbeibah, and the Libyan Attorney General, Sideeg Al-Sour

On the evening of 3 June 2021, according to local witnesses, human rights defender and journalist Mansour Mohamed Atti Al-Maghrabi was kidnapped by individuals driving three Toyota cars in downtown Ajdabiya (Eastern Libya), near the local Red Crescent Committee. The cars, unmarked and without license plates, were last seen on the eastern gate of Ajdabiya, according to local witnesses. While as of now unconfirmed, the circumstances of Mansour’s abduction and the continued control of Ajdabiya by the Libyan Arab Armed Forces (LAAF) point to the strong likelihood that he is being held by the Internal Security Services of Benghazi.

As such, our organisations urge you to take action immediately to disclose Mansour’s whereabouts and clarify whether he has been lawfully arrested.  If he is being held in detention, he must be afforded access to a lawyer.  Unless authorities are able to demonstrate that he is being prosecuted for a legitimate offence, the Attorney General must immediately order his release and allow him a medical examination to check for any ill-treatment or torture he likely could have been subjected to in detention. His abduction and enforced disappearance, without any warrant, must also be investigated by the Attorney General, and security officials implicated in the kidnapping must be held accountable, if it is the case. The Public Prosecution in Libya must be able to fulfil its role in monitoring places of detention and overseeing judicial proceedings throughout the country, without interference from the security establishment.

The disappearance of yet another Libyan rights defender and journalist is appalling, especially six months ahead of elections. The circumstances of the disappearance lead us to believe he is being targeted for his peaceful civil society and human rights work. This disturbing development stands in sharp contrast to Libyan authorities’ commitments within the Libyan Political Dialogue Forum (LPDF) Roadmap and the annexed Key Principles for human rights.

Guaranteeing the rights to free speech and free assembly and association is critical to ensuring the legitimacy and credibility of the December 2021 elections. Libyan civil society, including rights defenders, lawyers, members of the judiciary and journalists, must be protected by Libyan authorities and international stakeholders.

Mansour Mohamed Atti Al-Maghrabi, 34 years old, is a human rights defender, journalist, blogger and head of the Red Crescent Committee and of the Civil Society Commission in Ajdabiya. He is also a producer of “Shatt al-Hurriya”, a comedy and satiric television series about everyday life in Libya.

Ahead of his enforced disappearance, the human rights defender led a conference on 31 May in Ajdabiya to raise awareness and mobilise citizens to participate in the upcoming elections on 24 December 2021. On 26 May, he also participated in a joint committee formed by the Civil Society Commission and the High National Election Commission, to prepare electoral monitoring by civil society organisations.

Mansour has repeatedly been harassed and summoned by eastern-based security services in relation to his civil society work. On 7 April, the Internal Security Agency in Ajdabiya stormed an event he attempted to organise about the elections, arrested and interrogated him for hours before releasing him. The event – the “Oil Crescent Youth Forum” gathered youth from the eastern oil crescent to discuss the importance of organising elections without delay and guaranteeing wide citizen participation and effective civil society monitoring. On 13 February 2021 and 24 December 2020, he was summoned for interrogation by the same services for his work with civil society, where he was accused of being a “dangerous individual” promoting “foreign agendas”.

Activists, human rights defenders and journalists continue to be harassed, threatened and intimidated regularly by state-affiliated armed groups in Libya. There are recurring cases of torture, kidnapping and killing, perpetrating a climate of fear and impunity.

On 20 October 2020, Mohammed Bayou, head of the Government of National Accord’s Media Office, with his two sons, was kidnapped by the Tripoli Revolutionary Brigade (TRB) in Tripoli, and later released. On 10 November 2020, lawyer and political activist Hanan Muhammad Al-Barassi was assassinated by masked gunmen on 20th Street in central Benghazi, one day after she criticised military figures close to General Khalifa Haftar and the Libyan Arab Armed Forces (LAAF) on social media. Her children, Haneen and Ayman Al-Abdali, were both arrested and are now identified as suspects in the killing of Mahmoud al-Werfalli, a commander in the LAAF wanted by the International Criminal Court (ICC) for his responsibility in war crimes. Haneen was disappeared only hours after she mentioned the names of individuals she believed were responsible for the murder of her mother on a live broadcast.

On 2 December 2020, woman human rights defender Khadija ‘Andidi, coordinator of the “No Discrimination” movement in Ubari, was subjected to an assassination attempt, after she criticised online the storming of a neighbourhood in Ubari by the Tariq Bin Ziyad Brigade – an armed group affiliated to the LAAF. On 25 December 2020, human rights defender Muhammad Radwan was arrested in Tawergha and transferred to Misrata without being informed of the reason of his arrest. He was eventually released on 26 December. On 11 March 2021, activist Zakaria Al-Zawi was disappeared in Benghazi, while on 27 March 2021, human rights defender Jamal Muhammad Adas was kidnapped by unknown gunmen in Tripoli.

The Internal Security Services of the Libyan Arab Armed Forces (LAAF) have been implicated in a number of unlawful arrests and disappearances. On 5 November 2020, in Ajdabiya, photojournalist Salah Munbeih al-Zway was arbitrarily arrested and then released by these services, based on vague and unsubstantiated charges of supporting terrorism, using Law n°3 of 2014 on Combatting Terrorism, which employs an overly broad definition of the terrorist act. On 30 June 2020, three people were kidnapped from the areas of Bin Jawad and Al-Nawfaliya, west of Ajdabiya, including the Director of the Bin Jawad Hospital, after their homes were raided by the Internal Security Services of the LAAF. In May 2020, journalist Ismael Al-Zoui was sentenced to 15 years in prison by a Benghazi military court on similar terrorism charges, after his arrest by the same services. On 11 March 2020, an armed group, believed to be the anti-terrorism unit affiliated with the LAAF kidnapped an engineer from his workplace in Brak al-Shati. He was transferred to the Internal Security Services in Benghazi and reportedly tortured. His current location is unknown.

Armed groups throughout the country have paralysed the national judiciary through intimidation and violence. Between 2015 and 2020, the Libya Platform has documented seven paramilitary assaults on public prosecution offices and Libyan courts. In the same period, at least ten judicial personnel were abducted and subjected to inhumane treatment in connection with their work on criminal cases, three members of the judiciary were killed, and one judge survived an assassination attempt. On 26 February 2020, Judge Mohamed Ben Omar was forcibly disappeared from his home in the town of Castelverde; his whereabouts are still unknown.

These continued arbitrary arrests and physical threats from state-affiliated armed groups are compounded by continued restrictions on fundamental public freedoms and civic space. Libya continues to enforce laws and executive decrees broadly violating freedoms of expression, association, and peaceful assembly, such as Law n°3 of 2014 on Combatting Terrorism, the 2001 Law on on the Re-Organisation of Civil Associations, Law 65 of 2012 restricting the right of peaceful assembly, and the 1972 Publications Law.

In addition, official and de facto executive authorities have exploited the political and constitutional vacuum to issue unlawful executive decisions and decrees that further constrain the exercise of the rights to free expression, association, and peaceful assembly, namely Decree 286 issued by the Presidential Council in November 2019, and decrees 1 and 2 issued by Civil Society Commission of Benghazi in 2016, both regulating civil society work. These executive authorities alone, absent any judicial oversight, have given themselves the power to license, dissolve, or suspend activities of civil society organisations, issue permits for demonstrations and gatherings, and authorise journalists, from both local and international outlets, to practice their profession. On 14 October 2020, the Tripoli Civil Society Commission issued a circular requiring all civil society organisations (CSOs) registered in the last five years to register again; otherwise, they would be at risk of dissolution. When registering, organisations are requested to sign a pledge that they will not enter into communication with any international organisation without prior authorisation.

Gender-based violence inside the displacement camps in Libya