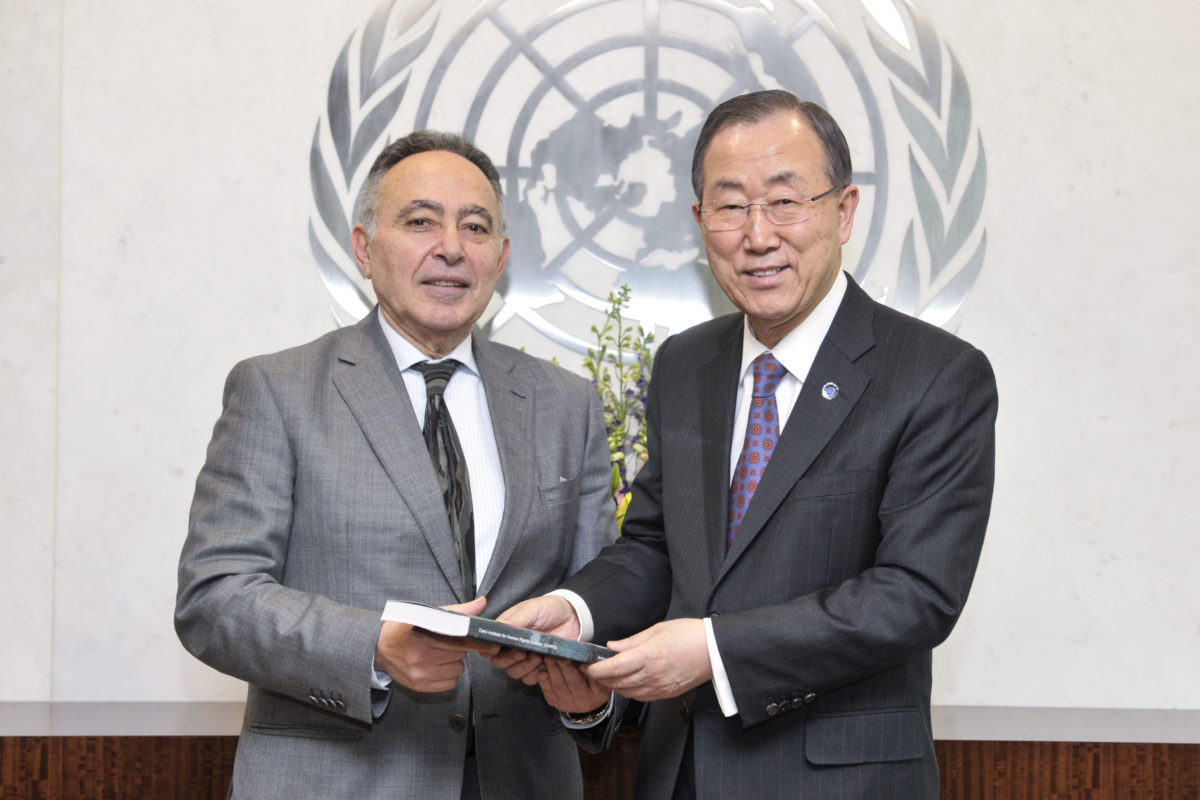 The Cairo Institute for Human Rights Studies (CIHRS) is gravely concerned with the escalation of violence in Libya, and the continuation of systematic and gross human rights abuses. The violence has reached the level of war crimes and crimes against humanity. To date, the Libyan authorities and the international community have failed to protect civilians from ongoing violations committed by different armed groups operating in the country. CIHRS calls upon the Security Council, the United Nations Support Mission in Libya, the Human Rights Council and the International Criminal Court Prosecutor to take the necessary measures to stop the further deterioration of the human rights and humanitarian situation in the country.

On Tuesday, 24 February, a popular blogger and civil rights activist, Intisar Al-Hasiri, and her aunt, were found murdered in Tripoli. The bodies of both women were discovered in a car that had reportedly been in the same place for two days. Al-Hasiri was a leading member of Tanweer (“Enlightenment”) an organization that devoted itself principally to education, music, and the arts.

Dozens of activists and civil society members have been targeted and killed in Libya in recent months. As a result many have had to flee the country with their families. CIHRS has received reports that some human rights defenders and civil society activists continue to face threats by militiamen while living abroad. The targeting of human rights associations, defenders, media workers and members of the judiciary, who continue to face violent acts of reprisals, must immediately come to an end. Libyan authorities should ensure, to the extent possible, proper and independent investigations into these cases and hold to account all parties responsible for these violations.

On Friday 20 February, three bombs exploded in the city of Al-Qubbah in Eastern Libya, killing at least 42 persons, among them 5 Egyptian workers, and injuring 70. The simultaneous bombings targeted police headquarters, a petrol station, as well as the home of the speaker of Libya’s East parliament.

On 16 February, the Egyptian army, in coordination with the Libyan Air Force, launched airstrikes against what it claimed were Islamist-militant bases in Derna, Eastern Libya. Reports of casualties include the deaths of at least 6 civilians, among them 3 children. The Egyptian government has denied allegations of being involved in killing these civilians. The joint air strikes came after the brutal execution on 15 February of 21 Christians, among them 20 Egyptian Coptic Christians, by an armed group claiming allegiance to the Islamic State of Iraq and the Levant (ISIL).

Since then, CIHRS has received information of the disappearance of about 35 other Coptic Christian Egyptians while on their way out of the Libyan city of Sirte a day after the Egypt-led airstrikes. Other reports indicate that after the air strikes, Egyptians have been subjected to wide campaigns of abductions in Tripoli and cities in the Western region. CIHRS has not been able to confirm the identity of the abductors. The targeting of Coptic Egyptians on the basis of their faith escalated in the last months of 2013. Several reported incidents of extrajudicial executions and abductions took place with no accountability measures taken to date. The large-scale nature of these incidents would amount to war crimes.

It is clear, therefore, that four years after the revolution of 17 February 2011, Libyan citizens and migrant workers are still subject to grave human rights violations with the perpetrators operating with almost total impunity. Consecutive governments have failed to protect victims and prevent new crimes.

In light of this, CIHRS calls on all parties to the armed conflict operating in Libya to fully comply with their obligations under international human rights and humanitarian law, including the principles of proportionality and distinction, and refrain from targeting civilian populations.

CIHRS further calls on Libyan armed groups and authorities with effective control over different provinces to ensure an immediate stop to ongoing violations, including extra-judicial executions and arbitrary arrests, as well as the wide and systematic use of torture in illegal detention facilities.

CIHRS stresses to all national, regional and international actors that any long-standing resolution to the current situation in the country cannot take place without due regard to international human rights and humanitarian law, as well as with the view of ensuring accountability for past and ongoing violations. The United Nations has been facilitating a political dialogue between parties to the conflict in Libya for the past month. CIHRS urges a continuation of an inclusive dialogue with a strong emphasis on accountability, and sees it a positive step towards a peaceful resolution to the conflict.

CIHRS also calls on the Security Council to put into effect articles of Resolution 2174, adopted in 2014, to issue travel bans and freeze the assets of perpetrators of grave rights violations.

The efforts of the UN Human Rights Council (HRC) to address the situation in Libya through an annual item concerning technical assistance no longer adequately reflects the gravity or the urgency of the situation on the ground. To ensure accountability, the HRC, during its up-coming session in March, should establish an international investigative mechanism to look into all grave violations of human rights and humanitarian law being committed in Libya with a view to holding all individuals criminally responsible for such violations.

On 25 February 2011, the HRC established an international commission of inquiry, which issued its report on June 2011, and which showed that loyal forces to Qaddafi and revolutionary forces have committed international crimes. No follow-up steps have been taken to address these violations and hold perpetrators to account. This lack of national and international accountability only emboldens those committing violent acts in Libya and contributes to the destabilization of the situation in the country. Action by the Human Rights Council on the situation in Libya is even more important given the relocation of the UN Special Mission in Libya (UNSMIL) and the evacuation of its staff as the security situation worsened.

Through the ongoing mandate of the International Criminal Court (ICC) prosecutor established on 15 February 2011 and through Resolution 1970 of the UN Security Council, CIHRS calls on the prosecutor of the ICC to examine all incidents of alleged war crimes and crimes against humanity that have been committed in Libya recently, with the view of bringing all perpetrators of these crimes to justice. We recall the statement made by the ICC prosecutor on 25 July 2014 promising to “investigate and prosecute those who commit crimes under the Court’s jurisdiction in Libya, irrespective of their official status or affiliation.” Investigations should not be limited to cases involving crimes by the Qaddafi regime and loyalists, but also to ongoing violations by all parties.

The application of the above measures would have a direct impact on the protection of civilians from continuous violations and the realization of a peaceful solution in Libya. For any positive development to take place, all those responsible for committing violations of human rights and international humanitarian law must come to understand that there is a price for their actions.

Ahead of the White House’s summit on Countering Violent Extremism in February 2015, CIHRS and Human Rights First stated in a joint letter that: “If international cooperation in the fight against violent extremism is seen as solely – or even primarily – a matter of operational cooperation between military and security services, it will fail. Advancing human rights, accountability and the rule of law must be at the heart of any sustainable and effective strategy. Those who wish to be effective allies in this vital struggle must demonstrate through their words and actions that they understand this.”

Today we emphasize once again that countering acts of armed violence requires not only a strong security response which complies with the relevant international standards and ensures respect for human rights, but also the adoption of a set of measures and policies to address the social, economic, and political grievances which have created an environment that fosters the emergence of militant groups and terrorism.
By CIHRS February 26, 2015