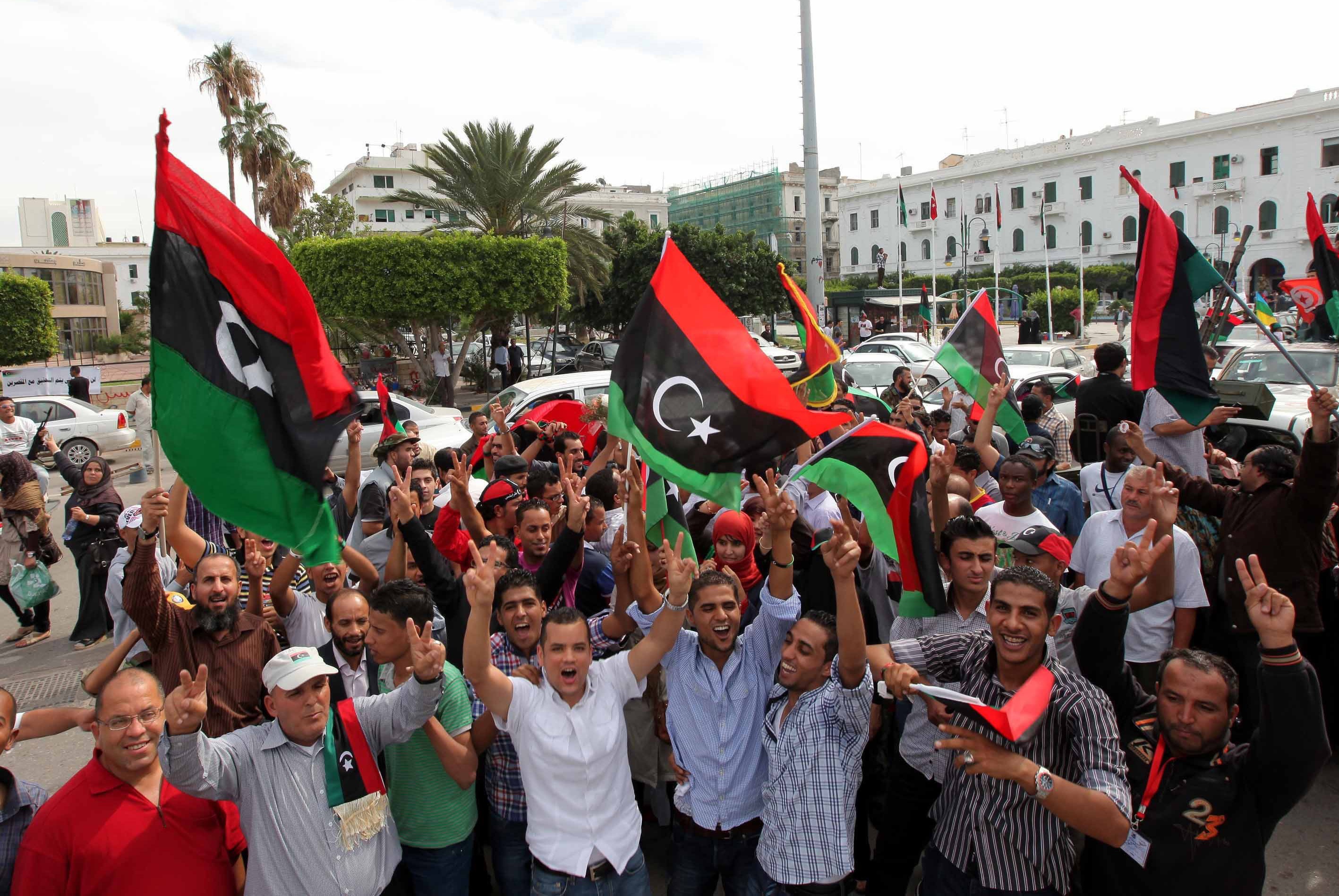 The United Nations (UN) Human Rights Council’s (the Council) Resolution for assistance to Libya in the field of human rights (HRC Res 19/39), hereinafter the Resolution on Libya, adopted by consensus at the 19th session of the Council (March, 2012) is due to be reexamined during the upcoming 22nd session (March, 2013).

The Resolution 19/39, as adopted, requests the Office of the UN High Commissioner for Human Rights (OHCHR) to report to the Council on technical assistance and cooperation with the Government of Libya. However, the resolution fails to include any mechanism for monitoring or reporting on the human rights challenges and overall human rights situation in the country. Last year, proposed amendments aimed at incorporating human rights reporting provisions in the resolution were rejected in a vote by a narrow margin.

The undersigned organizations would like to reiterate the deep concern many NGOs and human rights defenders felt at this outcome, and the lack of support by some Council member states for these amendments. The first duty of the Council is to ensure the promotion and protection of human rights, particularly as this applies to the protection of rights-holders. The Resolution 19/39 failed to ensure either of these goals sufficiently, as without monitoring and reporting the resolution is less effective in meeting the human rights objectives to which it is aimed. Moreover, the resolution failed to follow up on the final report of the UN Commission of Inquiry on Libya, presented at the same session, which expressed concern about continuing serious human rights violations and abuses committed in Libya, including by armed militias, some of which apparently amount to crimes against humanity, and recommended continued monitoring of the implementation of its recommendations.

The recent armed conflict in Libya was fueled in large measure by human rights grievances that accumulated over forty-two years of repressive rule exercised with systematic disregard for human rights. In this respect, the new Libyan Government has an obligation towards victims of human rights abuses to approach human rights challenges with transparency, a willingness to discuss openly how to overcome these challenges, and to pursue accountability for perpetrators of human rights abuses.

Libya is in a period of transition. It is critical at this juncture that the Council communicates to the Government of Libya that it supports the rule of law and observance of human rights within the country, and assists national efforts in this regard. A resolution that would allow for OHCHR reporting on the human rights situation and main rights challenges within Libya to UN member states via the Council would be an important step to keep human rights firmly on the agenda and encourage the Libyan authorities to implement much needed reform.

Such OHCHR activity would be complementary to the ongoing collaboration of the Libyan Government with the United Nations Special Mission in Libya (UNSMIL), and will enable an open dialogue and collaborative approach between the Government of Libya and international human rights mechanisms. As stated on 11 February by the UN Secretary General at the UN General Assembly, “We must also resist the temptation to see the current troubles in Egypt or Libya as proof that the old order was a better one […] close and patient engagement will be crucial. The international community has a duty to accompany these transitions with meaningful contributions.”

Collective Punishment and Large Scale Forced and other Civilian Internal Displacement: Collective punishment against people or regions that are believed to have supported Muammar Gaddafi was carried out by Libyan militias during and after the conflict, leading to tens of thousands being internally displaced and to acts of torture and ill-treatment, abductions, looting, destruction of civilian property and infrastructure and unlawful killings. For example, in August 2011 militias from Misrata drove out nearly 35,000 inhabitants living in the neighboring city of Tawergha.[1] Militias from Misrata have claimed that Tawerghans supported the Gaddafi government, as well as military attacks on Misrata during the conflict in 2011. The International Commission of Inquiry on Libya cited militia members as saying that Tawergha deserved ‘to be wiped off the face of the planet.’ Following the forced displacement, abductions of Tawerghans from Internally Displaced Persons camps, the looting and destruction of Tawerghan homes, torture and ill-treatment, and unlawful killings took place. The commission called this an apparent crime against humanity. To date, no action has been taken to end these crimes and hold those responsible accountable and no one from Tawergha has been able to return.
Detainees Unlawfully Held by Militias: As of October 2012, roughly 8,000 people were in detention. The majority of them were held for more than a year without charge or due process rights, including judicial review and access to a lawyer. Several thousand persons are being held unlawfully by various armed militias who refuse to hand them over to state authorities. Non-Libyans from sub-Saharan Africa, mainly migrant workers, are particularly vulnerable to abuse, facing harassment, arrests, ill-treatment in detention, forced labor and no regular access to the United Nations High Commissioner for Refugees (UNHCR).
Widespread Torture and Ill-treatment of Detainees: According to an Amnesty International report, widespread torture and ill-treatment in Libya is being carried out by military and security entities [acting as State agents], as well by a multitude of armed militias operating outside any legal framework.[2] Hundreds of detainees have given reports of being suspended in contorted positions; beaten for hours with whips, sticks and bars; and given electric shocks with live wires and Taser-like weapons. [3] Conditions in state-run facilities appeared to improve, although there continued to be cases of abuse and some deaths in custody.
Lack of Accountability: Impunity persists for grave human rights violations and abuses committed by armed militias and state security forces. In particular, Law 38 grants a blanket amnesty to any crimes committed by militias in the name of the “17 February revolution”.
Attacks Against Religious Minorities and Repression of Freedom of Religion: Three United Nations independent experts, the Special Rapporteur on Freedom of Religion and Belief, the Special Rapporteur on Cultural Rights, and the Independent Expert on Minority Issues, have strongly condemned the destruction of Sufi religious and historic sites in various parts of Libya, and the intimidation and excessive and unlawful use of force against unarmed protesters opposing the destruction. [4] The alleged involvement of state security forces was also highlighted. The Rapporteurs warned that “The attacks on Sufi religious sites require a swift and rigorous response by the authorities, without which they are likely to continue and spread.”[5]
Abuse of Foreign Nationals, Refugees and Migrants: Between May and December 2012, both Amnesty International and the International Federation for Human Rights (FIDH) visited detention centers across Libya where up to 3,000 foreign nationals, including pregnant women, women with young children, and unaccompanied children detained alongside adult strangers, were held for “migration-related offences”. [6] Women are particularly vulnerable to sexual and gender-based violence in detention. None of the centres holding women detainees had female guards. No distinction is being made between migrants generally and asylum seekers and refugees.[7] Due to the irregular status of many foreigners in Libya, individuals are in need of international protection. [8] Undocumented foreign nationals in Libya are at risk of human rights abuse, arbitrary and indefinite detention, as well as ill-treatment, including beatings, sometimes amounting to torture. In one instance, 134 people from Chad, Eritrea, Somalia, Sudan and other sub-Saharan African countries were detained in a metal hangar in Tripoli, September 2012. The facility is officially overseen by the military police.[9]
Undue Restrictions on Freedom of Assembly: Law no. 65/2012, recently passed by the Libyan General National Congress (GNC), regulates the right to peaceful protest. Several provisions of Law 65 fail to uphold international human rights law and standards. For instance, the law imposes undue restrictions and requirements for receiving Government approval before demonstrations are to occur without providing a clear and fair procedure for receiving such approval.

Libyan government officials have on several occasions acknowledged concerns regarding the human rights situation in Libya and pledged their willingness to address them. We believe that an HRC resolution addressing such challenges and requesting OHCHR to monitor and report back on the situation would support the Libyan Government’s pledges in this regard.

OHCHR monitoring and reporting would also help as Libya undergoes the critical process of constitution drafting, as well as legislative reform in key areas affecting rights.

We therefore appeal to your Government to take the appropriate measures to enable human rights violations and abuses to be properly identified, monitored and addressed at the Council, and to help ensure Libya’s transition leads to a democratic future that upholds human rights.

We thank you for your dedicated attention on this matter.

Lawyers for Justice in Libya (LFJL)

[8] Libya is not a state party to the 1951 UN Convention relating to the Status of Refugees, and its 1967 Protocol