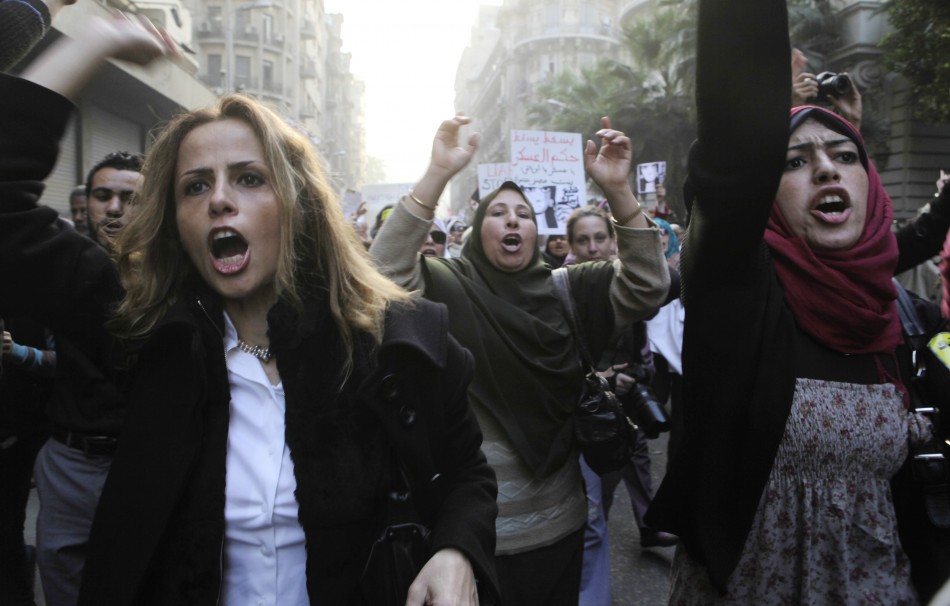 In an Oral Intervention to the UN Human Rights Council: Despite their role in the Arab Uprisings, women face marginalization from political sphere

Yesterday, March 4, 2013, the Cairo Institute for Human Rights Studies – in collaboration with Nazra for Feminist Studies, the New Woman Foundation, and the Tunisian Association of Democratic Women – presented an oral intervention on the state of women human rights defenders in North African countries before the United Nations Human Rights Council, whose 22nd session is currently convened in Geneva. The intervention addressed the extent to which Arab women in Egypt, Tunisia, and Libya are able to exercise their rights and to participate in setting the transitional courses in their countries. This intervention came in response to the annual report of the UN High Commissioner for Human Rights, which discussed the state of human rights in the world.

The four organizations stated that the frequent cases of sexual harassment and rape witnessed recently in Egypt in the context of demonstrations reflect rights violations and the state of impunity which continues unabated in the country. Such acts result in the marginalization of the role of women in society and restrict women’s political participation, including in peaceful protests. The intervention asserted, “In all cases, the state authorities have taken no action to prevent these attacks or hold those responsible to account. Instead, the Prime Minister and members of Parliament issued statements blaming these attacks on the women themselves. The failure of the authorities to fulfill their responsibility to secure public spaces for women has resulted in marginalization of women and restricted their participation in protests and public affairs.”

In reference to Libya, the intervention pointed out that Libyan women continue their struggle to ensure their representation in the upcoming Constituent Assembly as well as the inclusion of provisions supporting and protecting equality between men and women and outlawing discrimination based on sex in the new Libyan constitution. Meanwhile, Tunisian women recently succeeded in ensuring the inclusion of direct references to gender equality and the responsibility of the state to protect women’s rights in the most recent draft of the Tunisian constitution – representing a major improvement from the previous draft.

The intervention called upon the High Commissioner for Human Rights and UN member states to take action to protect the role of women in transitional periods and to speak out strongly and regularly when women are targeted simply for exercising their rights as citizens and human beings.

The Oral intervention about the violations against women activists